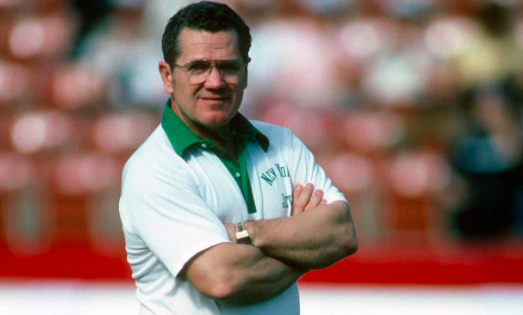 Michaels, who spent 34 years in professional football, lived in Suffolk while working for the Jets and was inducted to the Hall of Fame in 1997.

In 1968 he was the defensive coordinator for the Jets during their historic Super Bowl run and later served as head coach from 1977 to 1982.

“We are very sad to hear about the passing of Walt Michaels. Walt was a great leader who inspired players to take their games to another level,” Jets CEO Christopher Johnson said in a statement. “A defensive mastermind, he had one of his finest moments when he coordinated our unit in the Super BowlIII victory over the Colts. Later as a head coach, Walt led us to back-to-back playoff berths in 1981-82. Walt had a tireless work ethic and took an honest approach with his players. He will have a lasting impact on our organization and our thoughts and condolences go out to his family and friends.”