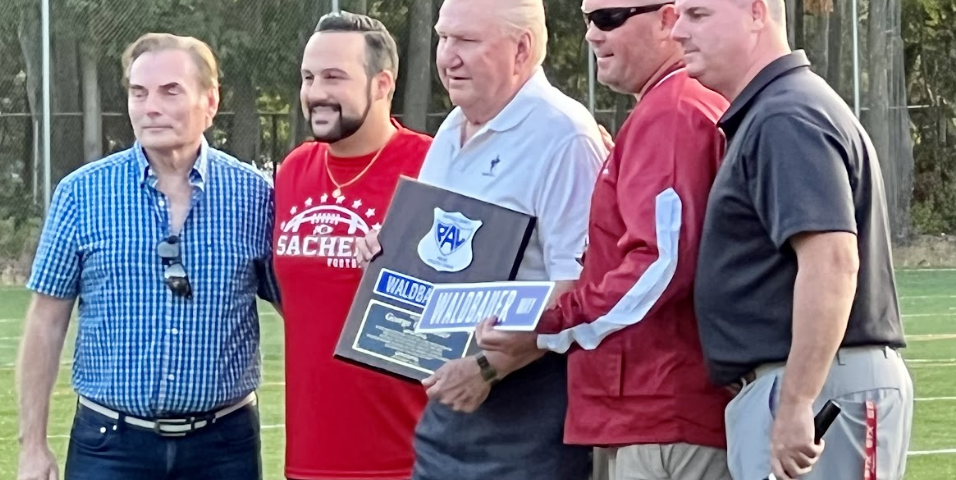 George Waldbauer lived a life of service and dedication to Suffolk County. The Suffolk Sports Hall of Famer and founding board member has been the executive director of the Suffolk County Police Athletic League (PAL) since 1981.

He was instrumental in developing a 36 acre, state of the art, sports complex with a 1,200 seat baseball stadium on Furrows Road in Holtsville. The access road to the stadium is now named WALDBAUER WAY in honor of his dedication to the county.

He was recognized at a ceremony during the Sachem Sports Club football pep rally on Friday, September 16 and presented with a plaque and miniature road sign.

The Suffolk County PAL is the third largest PAL in the country with over 350,000 kids and 50 different programs.

“We would not be standing here in this complex today if not for George Waldbauer,” he said. “This man has dedicated his life to athletics in Suffolk County. From his work with the PAL to founding the Suffolk Sports Hall of Fame, he has left his mark. The honor of naming the road in George’s honor is special and well deserved.”

Vaccaro was joined by Terrence Dee and Jimmy Dee from the Sachem Sports Club and Don Yuri, the director of development of the Suffolk County PAL.

Waldbauer was inducted to the Suffolk Sports Hall of Fame in 2000. 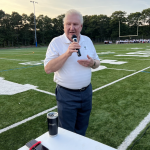 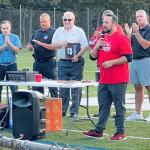 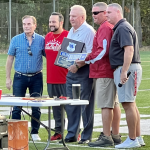