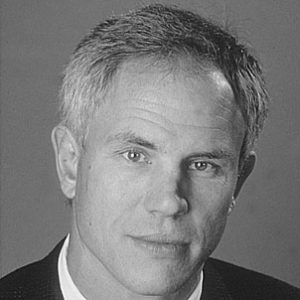 A star at Brentwood High School, Mitch Kupchak was one of the original inductees of the Suffolk Sports Hall of Fame in 1990. He has had a long and prosperous career in basketball, both as a player and front office executive.

He was most recently named as the General Manager of the Charlotte Hornets in 2018.

Raised on Long Island, the now 63-year-old Kupchak began playing basketball at the University of North Carolina in 1972, going on to win the ACC Player of the Year award his senior season. After graduating in 1976, he played nine NBA seasons with the Washington Bullets and Los Angeles Lakers, accumulating three championships rings and an Olympic gold medal in the process.

In 1986, Kupchak was hired as an assistant general manager for a Lakers squad that won consecutive titles his first two seasons off the court (1987 and 1988). He succeeded Jerry West as the team’s General Manager in 2000, which was one year into the organization’s championship three-peat led by Shaquille O’Neal and Kobe Bryant.

After taking over for West, Kupchak led the Lakers to another four championships (2001, 2002, 2009 and 2010), bringing in key additions along the way like Pau Gasol, Lamar Odom, Ron Artest and Trevor Ariza. He also holds a noteworthy draft history that includes the sectioning of Brandon Ingram, D’Angelo Russell, Larry Nance Jr., Julius Randle and Jordan Clarkson. Kupchak remained the Lakers General Manager until February 2017, when he was let go following 31 years in the team’s front office.

Working under the bright lights of Los Angeles for one of the league’s most storied franchises, Kupchak wasn’t afraid of swinging for the fences at times. He brought in an albeit older Karl Malone and Gary Payton to the Lakers in 2003 and added Dwight Howard and Steve Nash in 2012. While these moves ultimately didn’t pay off with championships, they certainly indicate Kupchak has a tendency for being aggressive at times.