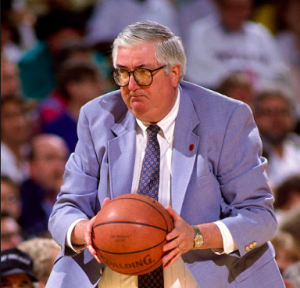 In addition to his coaching at the professional level, Layden coached at Adelphi Suffolk College and is also a former head coach and player of his alma mater Niagara University’s basketball team. Layden coached Niagara to its first NCAA tournament appearance in 1970, with the help of Calvin Murphy.

In 1976 he was hired to be an assistant coach with the NBA’s Atlanta Hawks joining former Niagara teammate Hubie Brown.

In 1979 he was hired to be the General Manager of the then New Orleans Jazz, and became the head coach of the Jazz (now in Salt Lake City) in 1981. He coached the Jazz for the next seven and a half years. He was instrumental in drafting and signing franchise mainstays John Stockton and Karl Malone to the club. He retired from coaching during the 1988–1989 season, moving into the team’s front office and was replaced as coach by his assistant, Jerry Sloan.

In 1984, Layden was awarded the NBA’s Coach of the Year. That same season, he also won the NBA’s Executive of the Year and the NBA’s J. Walter Kennedy Citizenship Awards. That same year, Layden coached the NBA West All Star Team that featured players such as Magic Johnson, Kareem Abdul-Jabbar, and Ralph Sampson.

Among his many accomplishments, Layden had recorded five playoff berths as well as five consecutive seasons recording at least a .500 record. He also coached the Jazz to the 1983-84 Midwest Division Championship and the 1988-89 division title.

Layden retired from coaching the Jazz in 1989 to serve full-time as the franchise team president and general manager, hiring former NBA player and then Jazz assistant Jerry Sloan as the new head coach.

After his coaching career ended, he continued to stay involved in the Salt Lake City community. Layden served on the Board of Directors for the Salt Lake Acting Company, Pioneer Memorial Theatre, Multiple Sclerosis Society, Society to Prevent Blindness, and the Board of Trustees for Westminster College. Layden’s charitable organizations that he has committed time to include Camp Kostopulos, Ronald McDonald House, Cystic Fibrosis, The United Way, Society to Prevent Child Abuse, United Cerebral Palsy, and many Catholic churches. He also involves himself in speaking against drug abuse. Layden stated that this is his way of giving back to his community.

Frank Layden and his wife, Barbara, have three children (two sons and one daughter) and two granddaughters. 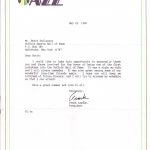 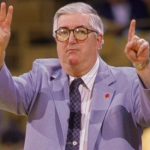 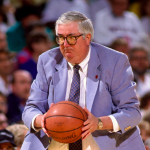 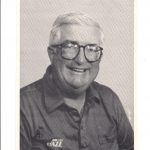